To honour the pilots who served with gallantry and distinction during the Great War of 1914 – 1918.

Barker joined the Canadian Mounted Rifles in December 1914. He spent a year in the trenches before transferring to the Royal Flying Corps in April 1916. After starting out as a mechanic, he qualified as an observer in August 1916 and shot down his first enemy aircraft from the rear seat of a B.E.2d. Posted to England in November 1916, he soloed after 55 minutes of dual instruction and received a pilot’s certificate in January 1917. A month later, he was back in France flying an R.E.8 until wounded by anti-aircraft fire on 7 August 1917. When he recovered, he served as a flight instructor before returning to combat duty in France. In November 1917, his squadron was reassigned to Italy where Barker’s Sopwith Camel became the single most successful fighter aircraft of the war. Logging more than 379 hours of flight time, Barker shot down 46 enemy aircraft before Camel #B6313 was retired from service and dismantled on 2 October 1918. That month, he assumed command of the air combat school at Hounslow. Deciding he needed to brush up on air combat techniques for his new assignment, Barker joined 201 Squadron for ten days in France. During that time, he saw no action and was about to return to England when he decided to make one more excursion over the front. On 27 October 1918, alone and flying a Sopwith Snipe, he encountered a large number (sometimes quoted as sixty) enemy aircraft. In an epic battle with Jagdgeschwader 3, Barker shot down four enemy aircraft despite appalling wounds to both legs and his elbow. Fainting from pain and loss of blood, he managed to crash land his Snipe within the safety of the British lines. For his actions that day, Barker received the Victoria Cross (VC).

The fuselage of Barker’s Snipe E8102 is on display at the Canadian War Museum. 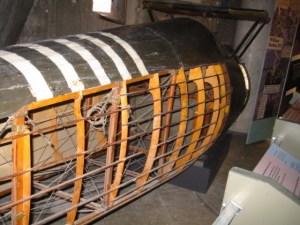 Barker died in a flying accident in 1930. He stalled a Fairchild KR-21 trainer at the top of a loop and, with insufficent altitude to recover, crashed into the frozen Ottawa River at the Rockliffe Air Station.